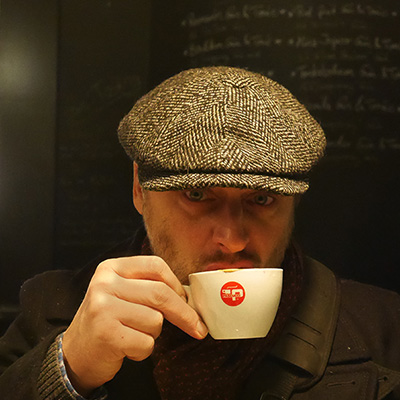 I grew up in East Germany, was an abandoned teacher trainee, a metal worker, a postman and a soldier for a time until the GDR broke up. Then in the early 90’s I was accepted into the former HdK, now UdK (University of Arts) in Berlin where I studied Painting and graduated as a Master´s Pupil (“HdK- Meisterschüler”) in 1997.

In the late 90ies I found my way into the film industry and as a Dolly and Crane Grip worked freelance. Since 2005 I stepped into Motion Control as a freelance operator, and over the years the machinery I work with has stately increased and I’ve done a lot of jobs for scores of clients. Doing those I found a heavy need to address to 3D world, so I´m working in that area since 2014 closely interacting with my Motion Control work. I´m very thankful to the guys of mastermoves Berlin I´m mostly working with and to Julian Hermannsen for his inspiring input and sharing his extraordinary knowledge. I want to thank as well Mark Roberts Motion Control London for long years of nice collaboration, being interested and sharing what I do.